Google honors Julia Child, the chef who brought French cuisine to the American foodies. It was through her debut cookbook Mastering the Art of French Cooking, which was released in 1963. Later on, she became the host of a long-running PBS cooking show, The French Chef.

The doodle shows Julia in her kitchen holding a fork with meat in it, probably tasting what’s inside the red pot. G-o-o-g-l-e is spelled out through the table or can be recognized, from the soup pot, the red casserole, a plate with perhaps sliced vegetables, two whole chickens, a fish and a cake with a piece sliced off.

Julia is also popular for her quotes, food-related or not. Here are some of my favorites from her pertaining to cooking and food.

“Cooking is like love; it should be entered into with abandon or not at all.”

“You don’t have to cook fancy or complicated masterpieces — just good food from fresh ingredients.”

“If you’re afraid of butter, use cream.”

Most of all: “Learn how to cook — try new recipes, learn from your mistakes, be fearless and above all have fun.”

So here’s one of Julia’s easier recipe, Potage Parmentier. This is a basic recipe which you can alter to your preference. As Julia said, be fearless!

1. Simmer potatoes and leeks in salted water for 30 to 40 minutes or until soft.

I added some bacon bits as well. Here’s to a real foodie, thank you Julia! 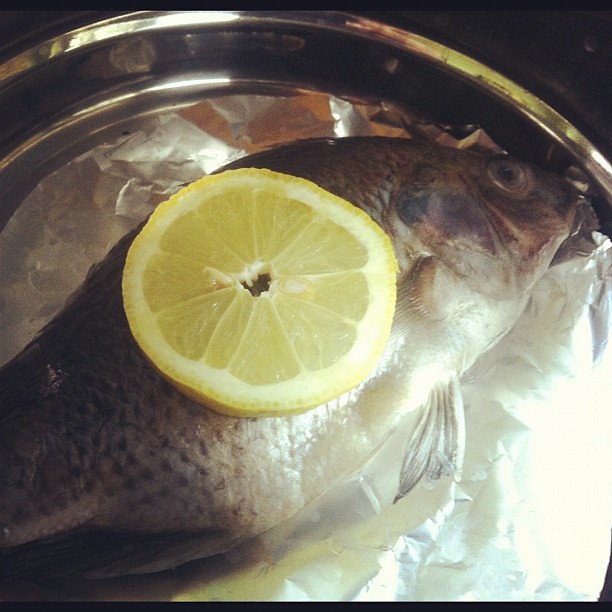