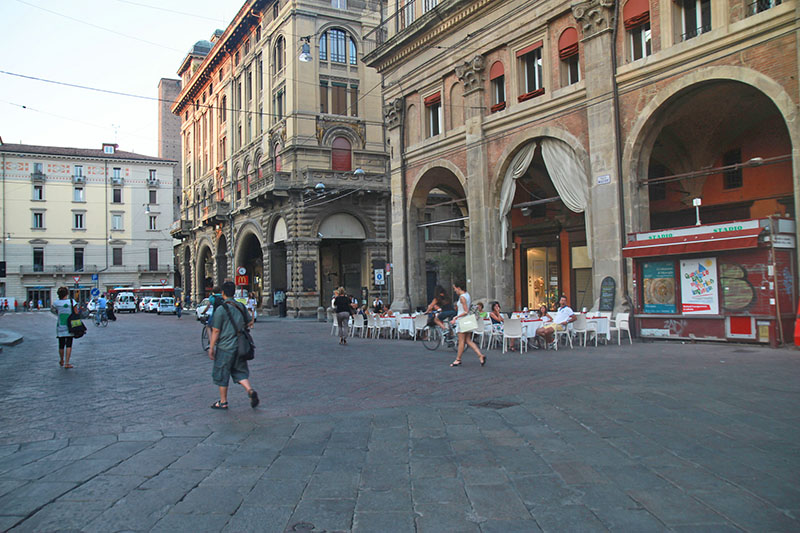 Pardon that you’d be bombarded with pasta dishes in the following posts. 😀 Still part of our Italian tour, we visited Bologna, which is year 2000’s European capital of culture and the capital of the Emilia-Romagna Region in Northern Italy as the last stop.

Hubby jokingly said that he would have its infamous dish, pasta with ragu alla bolognese for sure…I said we would probably be tired of eating pasta by then having tried a lot in the other 4 cities. Truth be told, I was already tired that I do not have the delight to sight-see anymore. We spent most of our time at the hotel which is not exactly in the city proper of Bologna and we’ll need to take a taxi every time we go – that added to my laziness.

Summing it up, we probably only had a total of 4 hours enjoying the historical city. I felt short of my mission to actually travel and enjoy food the city is known for. But, hubby didn’t back out on his earlier joke, we dined at a trattoria we found while exploring (my god, I totally forgot the name), he got his ragu alla bolognese while I had grilled swordfish (too lazy to talk about it now really).

Walking Back in Time

I think, I am injecting in this post the lazy feeling I had while wandering about in Bologna. It was like walking back in time, to its early existence since the 9th century BC. Of course, it is a more modern comune  now but the antiquity is all over the streets, the walls, each and every corner. It was both a pleasurable and a melancholic experience.

That being said, I admire foodie-travelers who seem to go on from city to city exploring not just the landscape but also that what could tickle their palate. One of them is Chantal Royer. Chantal enjoys traveling and cooking. She combines these two interests by traveling around the world and learning about regional cuisine in the countries she visits. Italy, Greece and Spain are some of the European countries she has visited. She traveled to Morocco during a trip to Africa. Her culinary journeys have taken her across the world to Australia and New Zealand.

Royer became interested in traditional Italian food after visiting Italy. She developed a taste for traditional Italian food after a trip to Bologna in the Emilia-Romagna region. Cannellini beans are one of the Tuscan foods she likes. Her family and friends enjoy her pasta dishes. Seafood, eggplant and pesto are some of the ingredients in these dishes. Royer cooks pasta with imported olive oil. Learning how Italian traditions have influenced cuisine in the United States is one of her interests.

Visiting Greece helped Royer develop an interest in Greek dishes. She also learned about Greek cuisine when she traveled around the United States and Australia. Royer found great Greek food in Chicago’s Greektown neighborhood. Part of her time in Australia was spent eating at Greek restaurants in Melbourne and other Australian cities. Her travels in search of great Italian food in the United States have taken her to New York, St. Louis, Chicago and Boston. Royer has enjoyed traditional Italian cuisine served at New York restaurants in the boroughs of Queens, Staten Island and Brooklyn. One of her favorite pizza places is on Chicago’s Harlem Avenue. She has traveled to the Western states to sample the Italian food in Seattle.

Royer’s international travels have also allowed her to enjoy recreational hiking. She has hiked in Greece, New Zealand and Italy. A trip to Morocco gave her the opportunity to hike and drive through that country’s mountains and desert. Royer was able to spend time with nomadic tribes while she was in the desert. Casablanca, Fez and Rabat were some of the cities she visited during her trip. She spent some of her time in Casablanca browsing through the city’s markets. The Canary Islands and the island of Lanzarote were also on her itinerary during this trip.

I somehow could relate to Chantal in this area albeit I am a newbie. Like my previous post where I recreated a dish (well, I tried) I had in Florence, I am sharing with you a recipe of ragù alla bolognese. Mind you, like carbonara and lasagne, bolognese has been twisted far from the original recipe. Although it is fair to have evolved, the variation we mostly know is very different – and I think most food does anyway.

The recipe registered by the Academia Italiana della Cucina  with the Bologna Chamber of Commerce in 1982 calls for tomato paste, celery, carrots, onion, pancetta, finely chopped or ground beef, sea salt, pepper, white wine, milk and water or chicken stock! Whew! And with all that, preparation takes about 4 hours – actually more but the cooking process takes 1/3 of that!

So here’s what you’ll need and what you should do:

Soffritto or mirepoix: the holy trinity of Italian and French cooking composed of celery (2 stalks), onion (1 head) and carrots (2 large) – well for this dish just those but it’s not always as much with other recipes

Pancetta: bacon 🙂 or pork belly meat that is salt cured and seasoned with peppercorns – about 8 slices, dice them nicely

Sea salt and black pepper: adjust according to taste

Tomato paste: there’s specifically the San Marzano – I guess they are the origin of tomato pastes, so if you can’t find them raw, look for them in a can 🙂

White wine: a glass will do

Pasta:  Ideally, tagliatelle is used but bolognese sauce can also be used with other broad, flat pasta shapes, such as pappardelle or fettuccine, or with short tube shapes, such as rigatoni or penne.

1. Melt butter in a saucepan. Add pancetta, carrot, celery and onion. Saute for about 10 minutes.

2. Add meat into the mixture and mix, in a way breaking the lumps. After 10 minutes or so, add wine…Lower the heat at this point and allow the wine to evaporate.

3. If there’s part of the mixture that gets stuck to the pan, put a little water or stock and scrape it off.

5. Cover the pan. Let simmer on low heat and half-covered – about 3 hours but, ideally? It should actually be four! Add more water if needed and let simmer. It should be really, really thick.

6. Cook pasta per package directions. It is best to cook the pasta when you are almost done with the sauce so it is still hot enough. 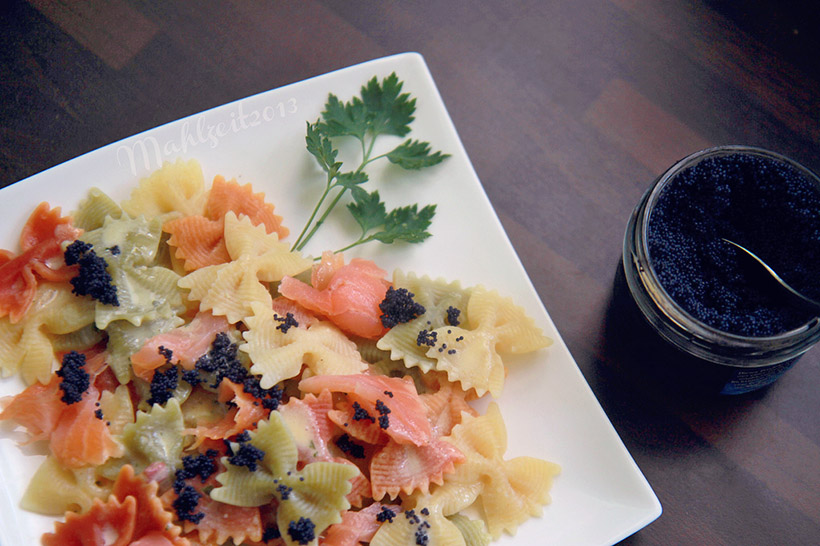 Florence – of Scents and Flavors 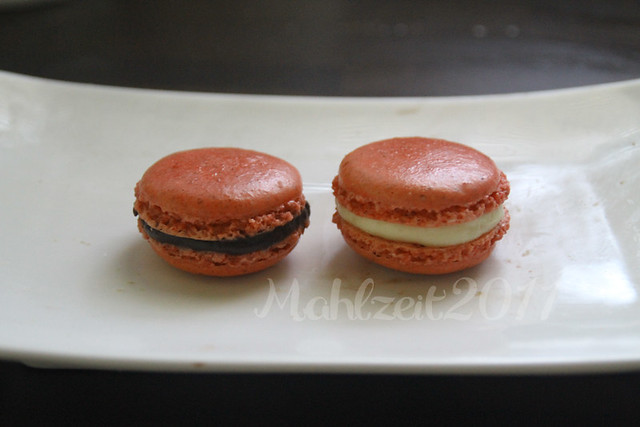 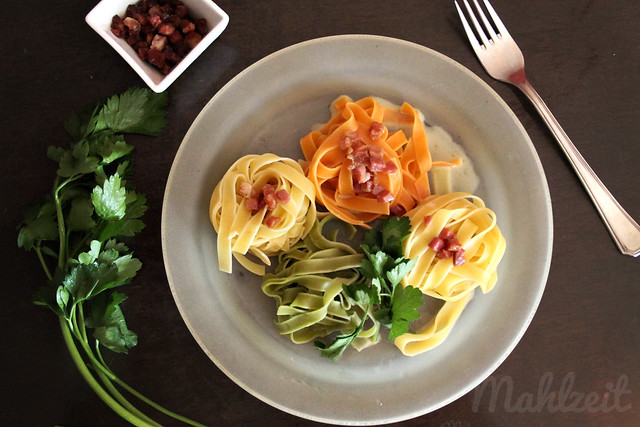 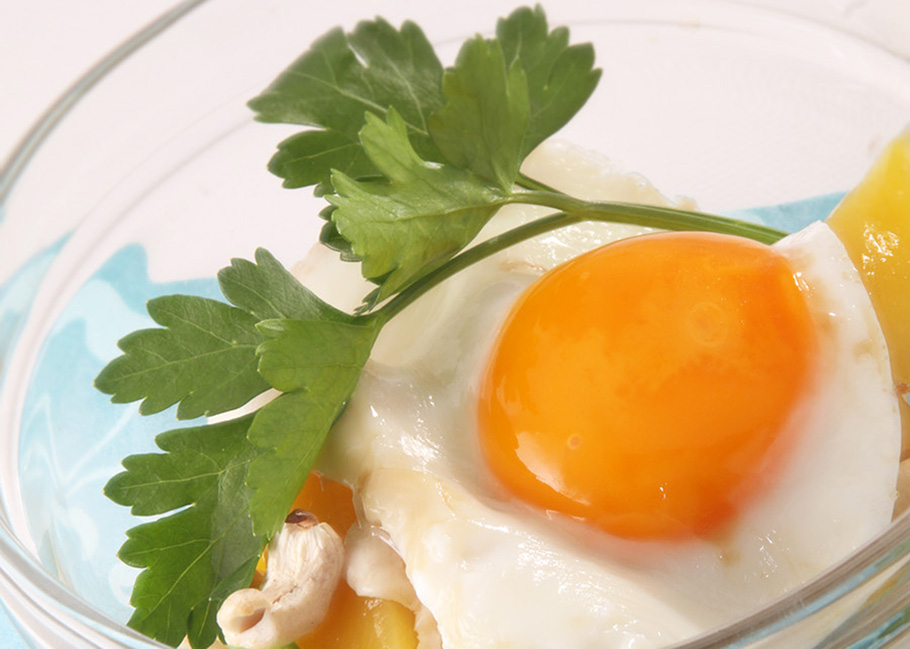