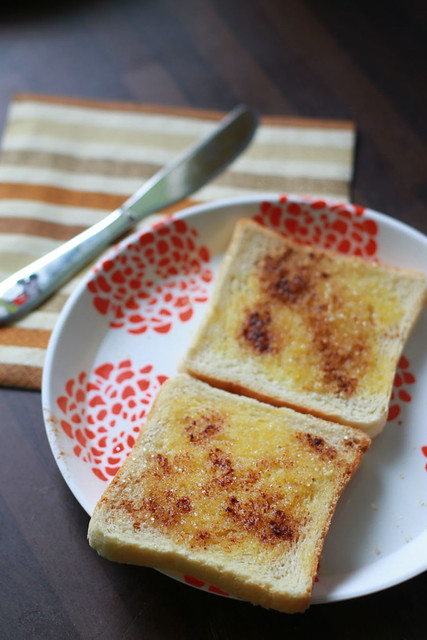 Breakfasts. They’re supposedly the foundation of everyday and yet I fail to prepare one that would energize the kids, hubby and myself. It has been my goal to wake up earlier so I can have all the time to make a decent meal. I fail…all the time. The easiest I can prepare are toasts which the kids normally like with just butter.  For hubby an egg and coffee with the toasts would suffice. So to spice those bread on some days, here’s my cinnamon toast for easy fix. Four ingredients and a toaster and here’s your comfort food.

1. For the bread, choose ones that doesn’t have butter in them already. I find these cheap loaves from the grocery across our place, they’re at 0.40 cents. They’re not the best tasting bread when eaten alone but when made into cinnamon toasts or spread with nutella, they’re the best. So get some slices off for buttering.

2. Toast a few pieces on low…better use the grill-toaster than the pop-ups. While waiting, mix brown sugar and ground cinnamon. I prefer brown sugar but granulated would do. Take the bread slices out, be careful: they’re hot! Spread butter  and sprinkle some of the sugar-cinnamon mix.

3. Toast them again until sugar melts and your done.

Best served with milk+honey for kids and coffee for hubby. 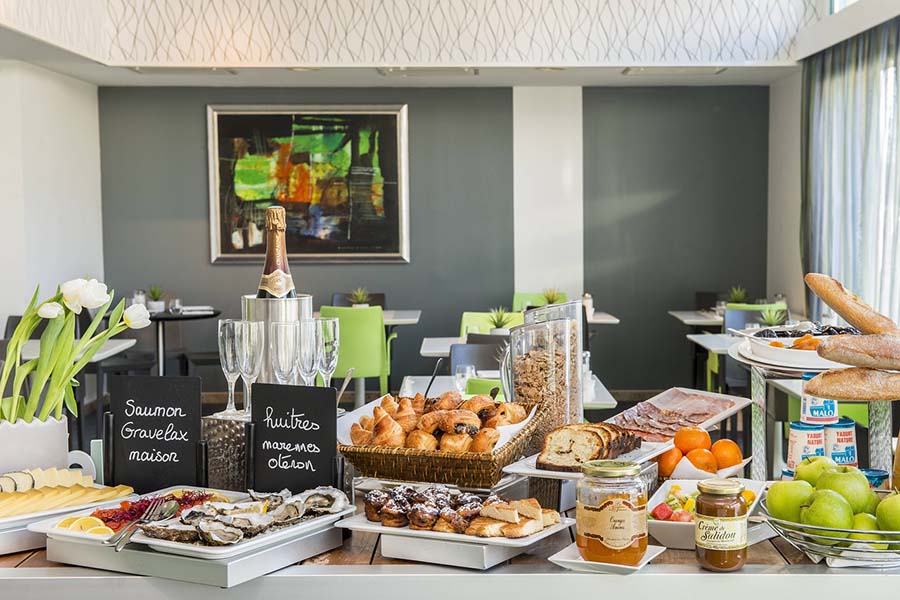